Please don't forget to press the ♥ if you like the write-up and want to say thanks :) 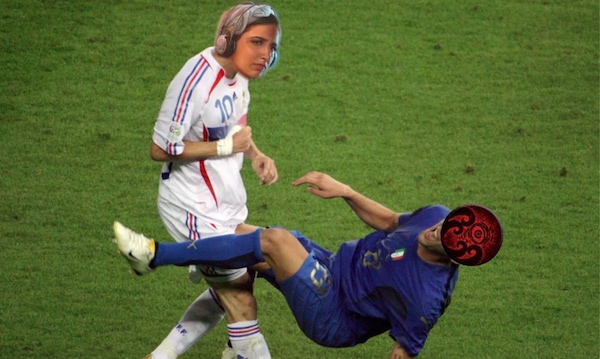 Now that the Scarlet Keys - Investigator Expansion has hit the table, it's time for some deck guides with the new investigators! This deck is meant for multiplayer, with at least one other investigator dedicated to discovering clues.

Doom has always been spooky. It took me a long time and a very positive review of David Renfield to finally dare to bring it to the table. To me, the benefit of playing with doom was never significant enough to compensate for the risk of ruining a whole evening by being the only one responsible for the demise of my group, not even to mention the guilt of leaving the entire world in the hands of a merciless ancient one.

The Scarlet Keys decided to make doom a thing and brought many new cards to make this archetype more accessible. And it's a success! Amina Zidane is not only strong, but she is also exciting to play since there is a whole new resource on the table: the doom clock. To not be hated by the community, I made this deck as foolproof as possible.

Disclaimer: This deck guide was created before the Campaign Expansion was released. Some cards and assumptions in this guide may be made irrelevant later on. I will keep it updated with a changelog if that is the case.

No one wants to get red-carded out of their board game group. Avoid that unpleasant situation with the new tools made available in this expansion.

Playing around with the doom:

Removing the excess of doom:

Adding doom to your cards will give you game-winning benefits unless... To prevent the oops moment, we pack several safety nets in this deck.

What's better than having to struggle with your inner challenges? Dodging them completely.

Altogether, you will be sorting your weakness out of approx 18 cards, which is 62% of your deck. It will still go through sometimes, but even in that case, Parallel Fates (2), Foresight, and Scroll of Secrets will bring a lot of value, in terms of draw and accessing your high-value cards faster.

A good deck is not only some combos, it is also strong supporting cards.

For the Mulligan, here are the cards that I will keep in my hand if I find them:

I would shuffle any other card than these.

Link to the 0xp Deck

For this deck, in particular, I will give upgrade priorities grouped because there is a looot of it, and we'll have to take decisions.

Good to have upgrades:

Link to the full xp Deck

Make your own Deck!

To create your own guides, find the template I have created here