X is the current depth level.

Formerly several races of them had inhabited the entire underground world, which stretched down to unfathomable abysses and which included besides the blue-litten region a red-litten region called Yoth, where relics of a still older and non-human race were found by archaeologists. – H. P. Lovecraft and Zealia Bishop, The Mound
Helge C. Balzer
Les Profondeurs de Yoth #294. Les Profondeurs de Yoth #18. 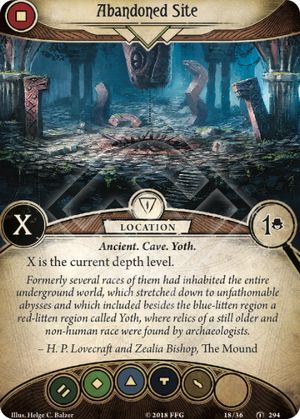